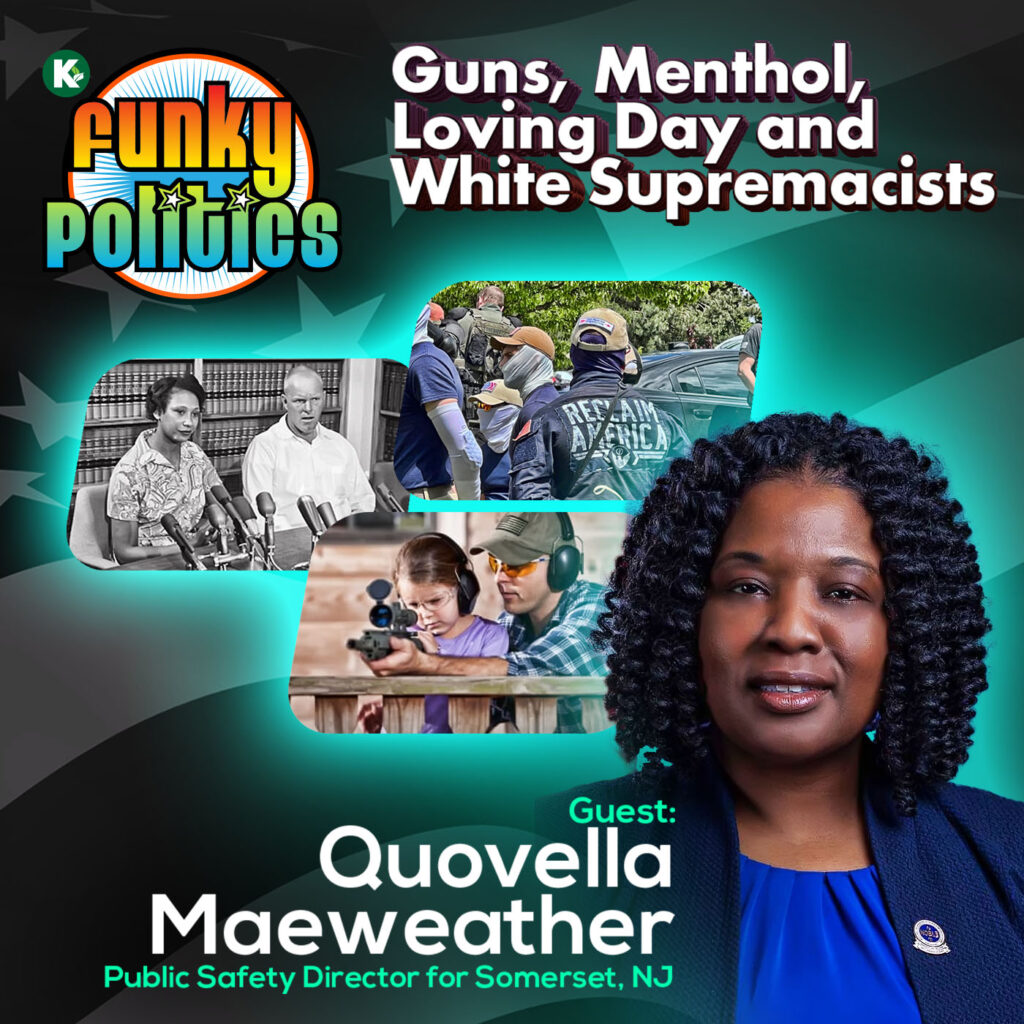 It’s a lot but that’s the headline. Since there was so much left unsaid in the previous episode as it relates to gun violence/control and mental health, we decided to keep the conversation going. Ariane Graves (Health Connect America) joins the panel again to share her perspective along with  journalist and Communications Director Jeanette Lenoir. There are some verrrry strong perspectives! Suffice it say, points were made. Then Rhyane Wagner presents another Watch the Intersection segment to discuss the infiltration of police departments by white supremacists. [Hint: we’re surprised but not surprised at the same time] The conversation turns to Loving Day, which commemorates the ruling that struck down anti-miscegenation (also known as “race mixing”) laws in this country. Jeanette shares her personal experience as a child that is a product of an interracial couple.  And lastly, we are joined by Director Q (Quovella Maeweather – Public Safety Director for Somerset, NJ) who sheds some new light on the impact of the menthol ban that is currently in play. We packed a lot of things into this hour! But we promise that you’ll be both edified and enlightened, just as we were.