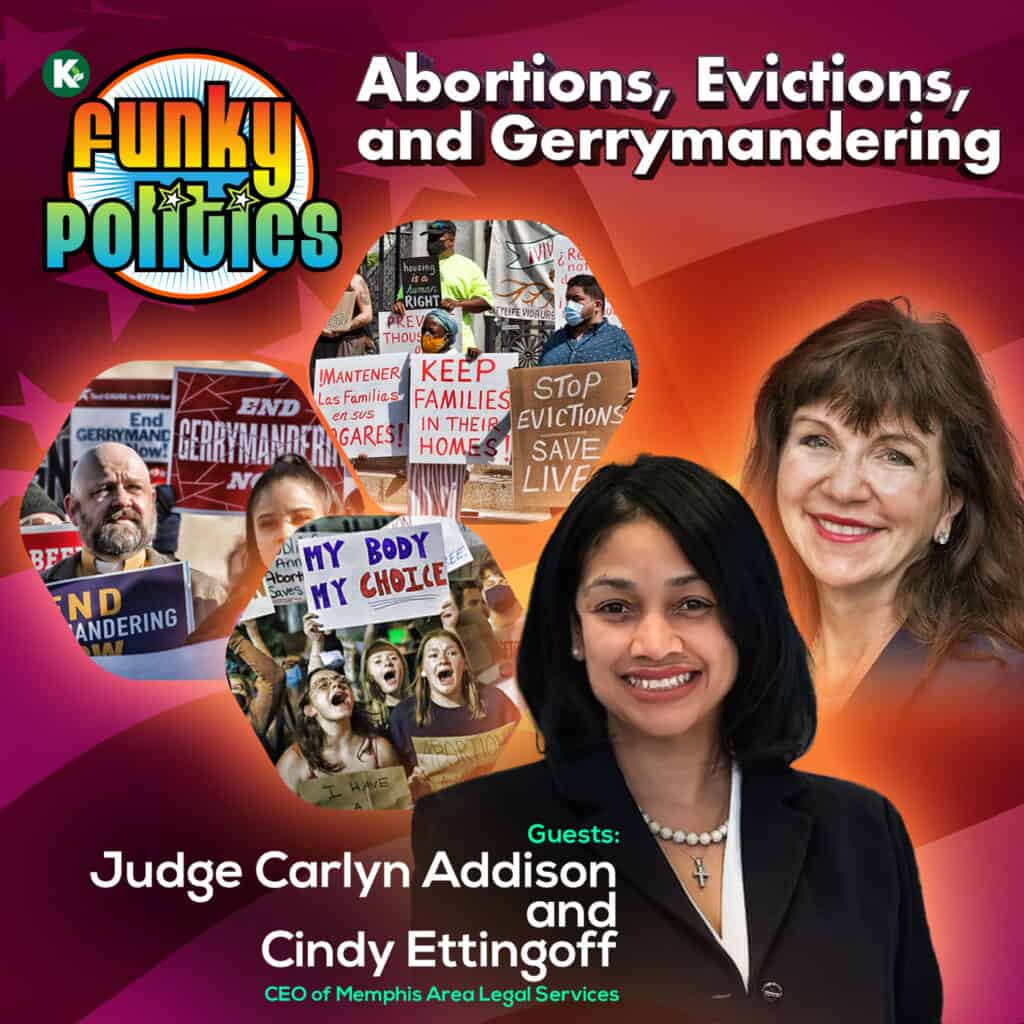 Our panel is joined by Judge Carlyn Addison to discuss the possibility of the Supreme Court overturning the Roe v Wade verdict and the disastrous effects it will have on women’s reproductive health. The panel is then joined by Cindy Ettingoff, the CEO of Memphis Area Legal Services,  to talk about the TN Eviction bill being proposed — also a disaster and poised to be a major contributor to the vicious cycle of poverty and homelessness.  The show closes with Watch the Intersection,  where special correspondent Rhyane Wagner breaks down prison gerrymandering, which the average person has never even considered. Keep one eye open y’all. And get into these very powerful conversations!