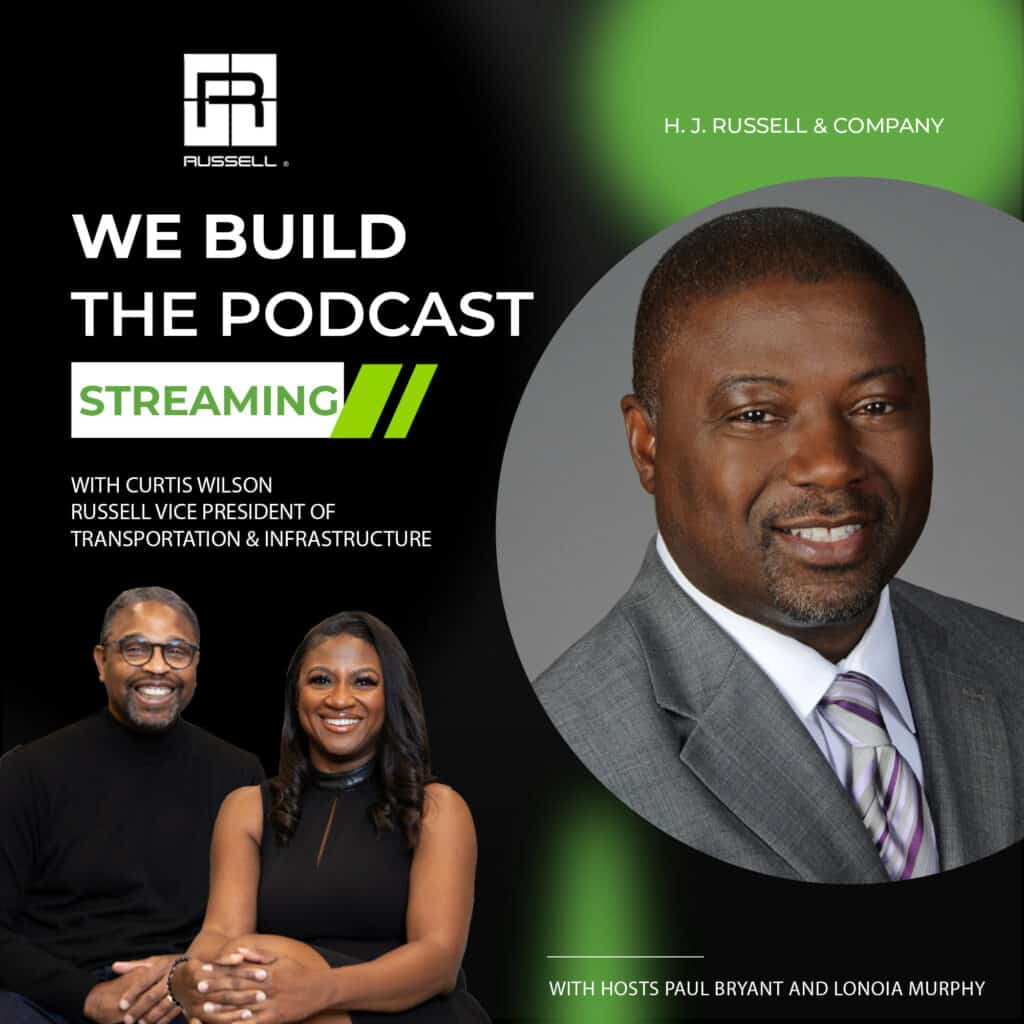 On this episode of We Build: The Podcast, Paul and Lonoia are joined by Curtis Wilson, the VP in charge of one of the largest set of projects in Hartsfield-Jackson Atlanta International Airport history and one of the largest for MARTA (Metro Atlanta Rapid Transit Authority). As a part of Hartsfield-Jackson Atlanta Airport’s ATLNext, Curtis and his team program manages approximately 300 projects, totaling more than $6 billion over the next 30 years. With MARTA, he talks about the $3 billion More MARTA program, one of the largest projects in MARTA history impacting all 18 stations and the expansion of light and hard rail. He also shares his career path that led him to his current position at H. J. Russell & Company and 28 years with the company. Listen to learn about these exciting city-enhancing projects and Curtis.