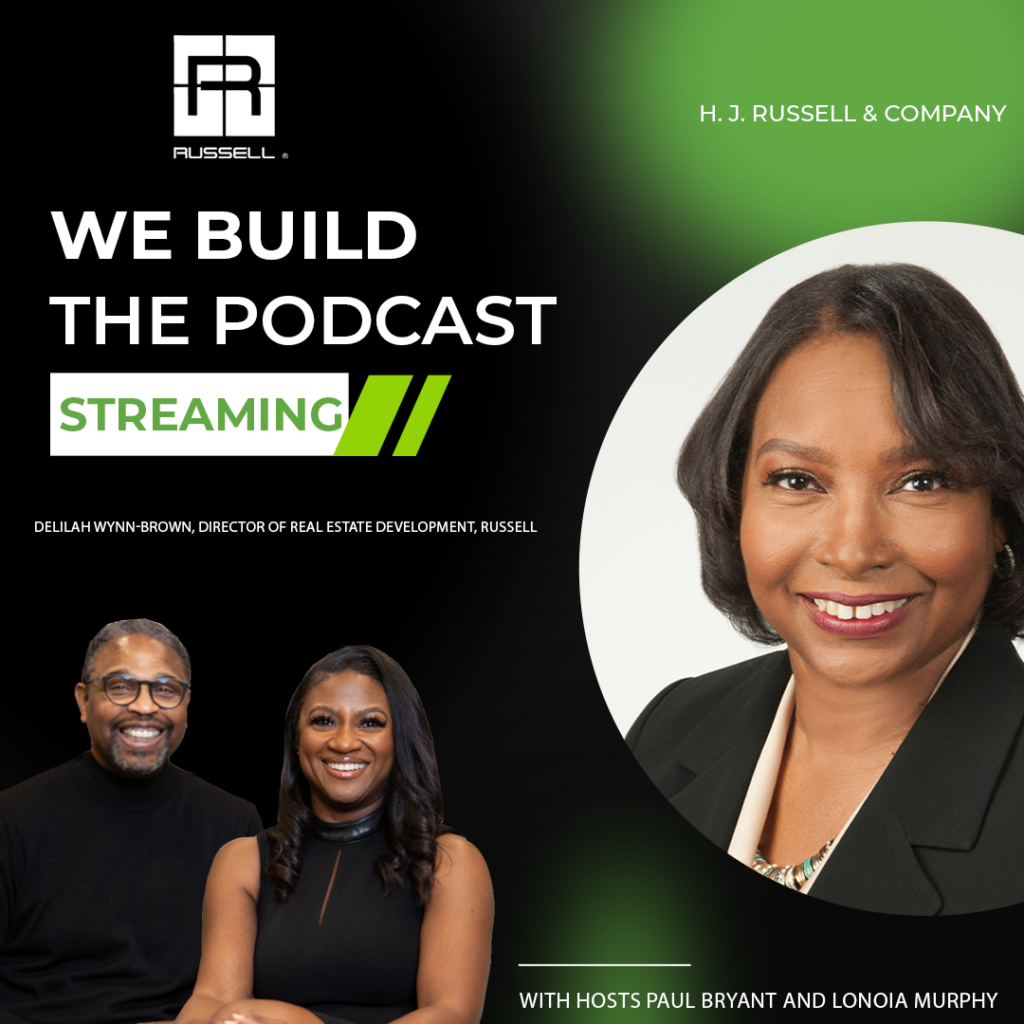 On this episode of We Build: The Podcast, Paul and Lonoia are joined by Delilah Wynn Brown, the Director of Real Estate Development at H. J. Russell & Company. Delilah shares, how from a very young age, she was interested in architecture and was the only girl in her high school drafting class when it wasn’t generally allowed or encouraged for girls to take. Although her initial path was to become an architect, she really wanted to focus on community building and helping people have nice places to live. So, she refocused her education and career towards city planning and placemaking. She explored development and program management during her first stint at Russell, which gave her a chance to merge the technical with the creative aspects of building. After running a program management consulting business with a partner for nearly 20 years, she rejoined Russell. In this episode, she tells stories of what she learned from Mr. Herman J. Russell, the founder of Russell, and inspires others, who may be following non-traditional paths. Delilah concludes by sharing the details of a recently completed project, Marchon—one of Atlanta’s latest transit oriented developments just south of downtown, adjacent to the King Memorial MARTA transit station and the Historic Oakland Cemetery. She explains how it came to life and how it now offers nearly a third of its units as WorkForce housing, making it a more affordable place to live for working people and families. A project that lives up to her dreams as a child.